A screenshot of Wayne Root’s SavvyCard.

TAMPA, FL – August 23rd, 2012 – Former Libertarian Vice Presidential nominee, conservative media personality, and Capitalist Evangelist Wayne Allyn Root recently announced the launch of his personally branded SavvyCard, a unique online marketing tool that provides a digital hub for his important information including contact details, book and speaking information, TV and radio appearances, blog and editorial links, and social media. Mr. Root expects his powerful personal brand to facilitate significant visibility for SavvyCard, the flagship product of Tampa area startup SavvyPhone, LLC. National exposure is critical to SavvyPhone’s success, which is predicated on the aggregation of a large numbers of users. The more users SavvyCard attracts, the larger the company becomes, and the more employees they’ll need to hire. As the private sector and small business create about 75% of all new jobs, SavvyCard is the perfect model for getting the U.S. economy back on track. 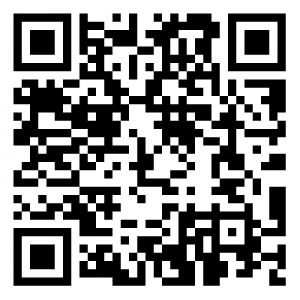 To view and Interact with Wayne’s SavvyCard, simply scan this QR code with a QR code reader or visit http://savvycard.net/wayneroot.

Mr. Root – a regular guest on hundreds of radio and TV shows; a Fox News regular guest; a columnist at many of the most popular conservative web sites such as FoxNews.com, Newsmax.com, TheBlaze.com, Forbes.com,TownHall.com, Breitbart.com, Personalliberty.com and the Washington Times; and a popular speaker at major Tea Party and business events – is an avid supporter of the national startup community and regularly offers expert advice on successful personal and business growth. He first ran across SavvyCards a month ago when his wife Debra showed him the SavvyCard of a family friend. Mr. Root liked what he saw so much, he immediately contacted SavvyCard’s executive team directly to offer his enthusiastic support.

“This country is built on the dreams and hard work of visionary entrepreneurs and small business owners,” stated Mr. Root. “People with passion and determination. They’re the ones best able to affect change and create jobs within our communities. They are the primary taxpayers and job creators. When I saw SavvyCard, I knew I was looking at a product from visionary entrepreneurs. After speaking with SavvyCard’s executives, I was impressed with their intensity and conviction and knew I wanted to get involved. I offered my support and asked ‘What can I do to help your company be successful?’ They simply said ‘Use our product and let people know about it.’ So I did. It’s a valuable marketing tool and I’m excited to get my SavvyCard out there and get people interacting with it.”

David Etheredge, CEO of SavvyPhone is thankful to have had the good fortune to cross paths with Mr. Root. “Wayne is one of the most passionate and charismatic people I’ve met. He has an extraordinary ability to motivate people and infuse them with the ‘power of possible.’ As a result, he enjoys significant visibility and credibility in the national political scene. We were thoroughly delighted – and quite surprised – when he reached out to us personally and offered his help. It’s usually next to impossible to get the ear of someone like Wayne. The fact he reached out to us says an enormous amount about his character and beliefs. By lending the power of his personal brand to us, he’s ensured we’ll attract new users faster than we otherwise could have. And as we gain users, we’ll need to hire more people to support them. Wayne’s enthusiasm for our product will ultimately result in the growth of our company and an expanded need for employees.”

SavvyCards are used as personal branding tools, online business cards, as substitutes for websites (particularly for individuals or small businesses) and make excellent online resumes that allow people to successfully market themselves to prospective employers. Mr. Root’s SavvyCard can be found at http://savvycard.net/WayneRoot. Anyone can get their own free SavvyCard by visiting http://savvycard.net.

SavvyPhone, LLC will be taking part in the Huffington Post/StartUp America co-sponsored Expo event at the Republican National Convention on August 29th in Tampa, Florida. The purpose of this expo is to showcase how entrepreneurs, small businesses and scalable innovations are creating jobs and providing training for America’s workforce.

Wayne Allyn Root is one of the most charismatic, colorful, passionate, fiery, and outspoken political personalities in America today. Wayne was the 2008 Libertarian Party Vice Presidential nominee. A college classmate of Barack Obama at Columbia University (Class of ’83), he is now the face and voice of Libertarian-conservative politics in the mainstream national media. Wayne calls himself a Capitalist Evangelist and REAGAN Libertarian (after his hero Ronald Reagan). He is a frequent guest on many of the biggest television and radio networks in America including: FOX News Channel, FOX Business Network, CNBC, and radio shows like Sean Hannity, Bill Cunningham, Glenn Beck, Michael Savage, G Gordon Liddy, Mike Huckabee, and Jerry Doyle.

SavvyPhone, LLC develops revolutionary web and mobile solutions that empower both businesses and individuals to build stronger, interactive relationships with their users. Its flagship product is SavvyCard™, a patent-pending, proprietary “micro-site” publishing system for electronic business cards and other content-specific uses. SavvyPhone’s products are design driven and offer compelling, graphically rich, intuitive user interfaces, are browser-, device- and operating system-independent, require no downloads and can be deployed quickly and efficiently. For more information, visit SavvyPhone.com. To get your free SavvyCard, visit SavvyCard.net.