We had Frank Wells in the SavvyCard offices on Tuesday, and wanted to take a second to spread the word about a great project he’s working on. Frank, on top of being CEO of the renewable energy developer World Power and Water, is the mastermind behind St. Pete Venture House, an initiative that hopes to transform one of St. Pete’s weaknesses into a strength.  SavvyCard is going to be contributing some web design to help Frank get the word out about Venture House, because we think it could be really transformational.

Like too many cities, St. Pete has a lot of underutilized housing, empty after the mortgage crisis and increasingly falling into disrepair. Frank’s great idea is to use a combination of private and public funds, along with some sweat equity, to transform some of that stock into clusters of homes that could draw entrepreneurial (and also artistic) talent into St. Pete’s core, both from other parts of Tampa Bay and even from outside of the Bay Area.

What makes the idea so brilliant is that it solves so many problems at once. It takes foreclosed houses off the books of banks, who sell or donate them to the program as a writedown. Then private capital is brought together with public investment to revamp the houses. Finally, entrepreneurial talent will be attracted to low-cost housing, just as they are to residential startup incubators across the country (just like those crazy kids in Mike Judge’s new Silicon Valley series).  Because multiple houses will be clustered, they’ll work to pull together neighborhoods and raise the property values of the houses around them, helping out the city’s tax base and eventually providing a return on the initial investment.

According to Frank, the origins of the idea were pretty loose. He signed up on something of a whim to present at the Florida NEXT Impact Forum, and spitballed a few ideas to a friend, who picked the housing redevelopment plan as the best. Frank says he spent a couple of hours putting together a rough presentation – and ended up getting the biggest reaction at the Forum.

Since then, it’s been a whirlwind of activity, driven by the enthusiasm the idea meets at every turn. Last week, Frank presented at One Million Cups St. Pete, where he drew one of the largest and most excited audiences in the history of the event (See photo for proof!).  We foresee that momentum continuing, with Venture House providing a model for other cities in situations similar to St. Pete’s. 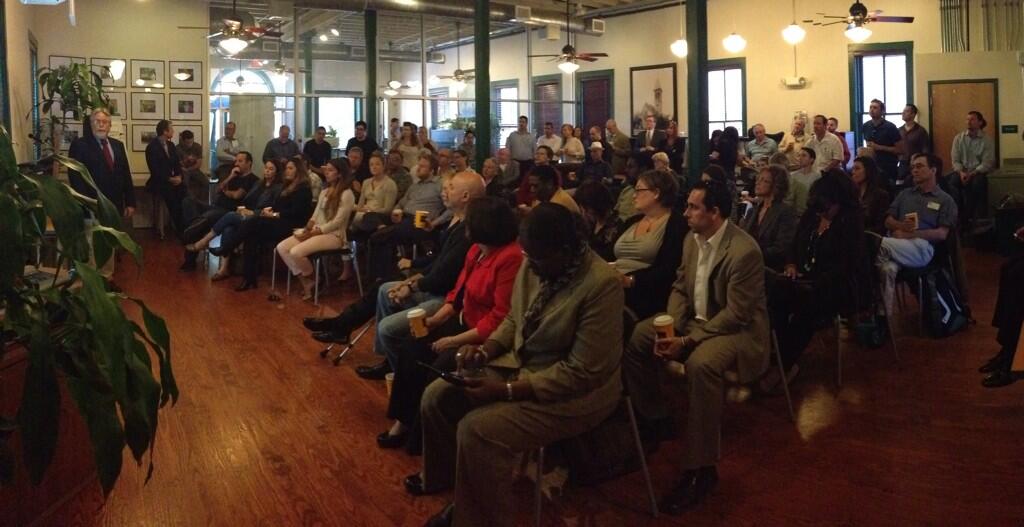